Furukawa Electric has acquired the overseas business right of underground and submarine power cables, accessories, construction and installation services from VISCAS. The agreement will take effect starting from April 1, 2015. The commercial right of Furukawa Electric is limited to overseas business and that of domestic business for power companies is to remain within VISCAS after the commencement of the agreement.

“We made a decision to strengthen the global power cable business further.” says Mr. Shimada, General Manager of Power Cable Div. “Furukawa Electric Group will continue to combine the world's top-level technologies and management resources developed over many years, and contribute to the architecture of the global power infrastructure, focusing primarily on submarine power system projects.” 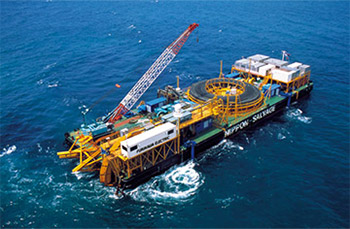