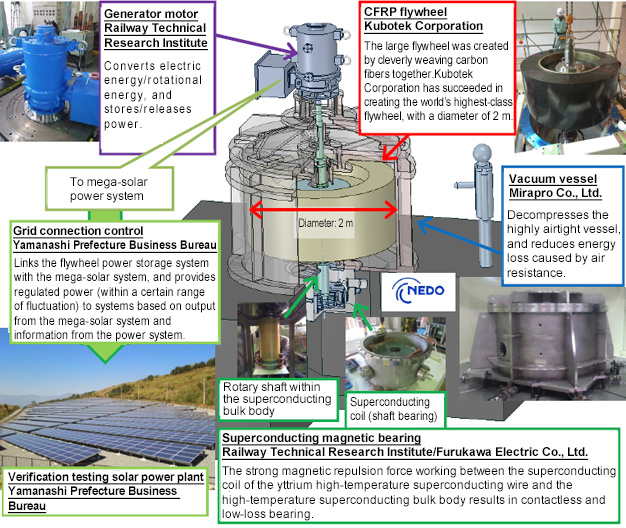 In an attempt to achieve “local production and consumption of energy,” Komekurayama in Yamanashi Prefecture — which has continued to strive to implement renewable energy — will begin grid connection testing that combines a “next generation flywheel power storage system” and large scale solar power generation(note 1).

This testing involves using newly developed power storage systems to stabilize unstable energy generated from sunlight (which fluctuates according to natural conditions such as the amount of solar radiation) and send it to power systems. This is expected to make it easier to implement renewable energy. 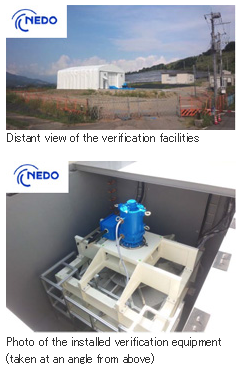 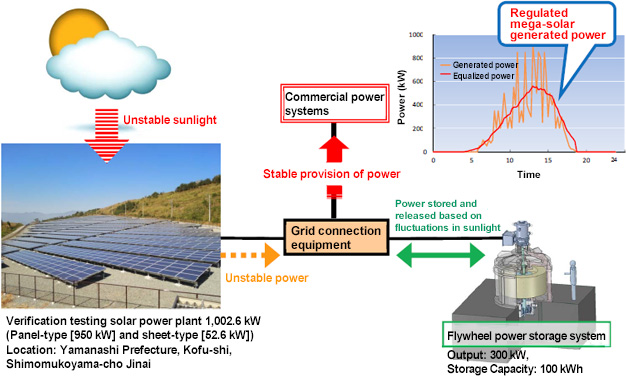