Home>News Release>KANZACC Co., Ltd. President Hisakazu Ishibashi to be decorated with the “Medal with Yellow Ribbon”

KANZACC Co., Ltd.
President Hisakazu Ishibashi to be decorated with the “Medal with Yellow Ribbon”

President Hisakazu Ishibashi of KANZACC Co., Ltd., which is part of Furukawa Electric Group, is to be decorated with the “Medal with Yellow Ribbon” in the spring 2016 honors.

The honors are to be presented at a conferment ceremony on Tuesday, May 17, after which the recipients are to be admitted to the presence of His Majesty the Emperor at the Imperial Palace.

The “Medal with Yellow Ribbon” is a highly prestigious award granted to those who have worked diligently in fields such as agriculture, commerce and industry, or who possess technologies or achievements that have served as a model to others.

Since joining Kyowa Densen KK (currently KANZACC) in 1970, Mr. Ishibashi has worked on the development of corrugated metal tube armored cables for infrastructure such as railways and electricity in Japan and overseas, as well as crack-resistant muffler tubes for use in FF cars, rotor covers for use on energy-saving domestic appliance motors, and high-quality plate processing for use in vehicles and electronic components.

The award of the “Medal with Yellow Ribbon” recognizes the contribution that Mr. Ishibashi’s work has made to the results of KANZACC, as well as a wider contribution to the development of society in fields such as railways, electricity, motor vehicles, electrical appliances and electronic components. 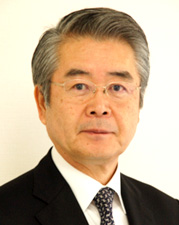