Proliferation of smartphones has led to a dramatic increase in communication traffic, including the expansion of wireless backbones, cloud computing, video streaming, and the penetration of social networks. To deal with this traffic explosion, improvement in optical signal-to-noise ratio (OSNR;(note 1)) is becoming an important factor in soon-to-be-deployed ultrahigh-speed optical fiber communications such as 400 Gbps and beyond. Existing erbium-doped fiber amplifiers (EDFA;(note 2)), which are widely used in current systems, do not have sufficient OSNR performance. Demand is increasing for Raman amplifiers(note 3) due to their excellent noise characteristics. Forward Raman amplifiers, which make the most of the advantages of Raman amplification, are expected to be a technology necessary for increasing transmission distances(note 4). 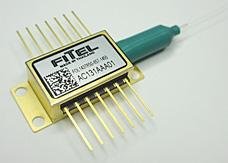 The features and development points of the FRSi4XX Series are as follows:

Combining the FRSi4XX Series with existing FOL1439 Series, yield pump sources especially well-suited to forward pumping Raman amplifiers.
As demand for ultrahigh-speed optical fiber communications continues to grow, we will further enhance the technology of this series and contribute to the construction of information and communications infrastructure in anticipation of the advancement of 5G. Sample shipments of the FRSi4XX Series are scheduled to begin in the second half of FY2020.

(note 1)OSNR stands for Optical Signal to Noise Ratio. It is defined as the ratio of optical signal power to optical noise power. Improvements in OSNR contribute to the extension of transmission distances.

(note 2)EDFA stands for Erbium Doped Fiber Amplifier. An EDFA is an optical fiber amplifier in which erbium is added to the core of the optical fiber. It is currently widely used in wavelength division multiplex (WDM) systems. Wavelengths around 1550 nm can be amplified with excitation light of 980 nm or 1480 nm.

(note 3)Raman scattering occurs in a wavelength region that is about 100 nm longer than the excitation light wavelength. When an optical signal exists in this scattered light region, it is amplified by stimulated Raman scattering and can be used as an amplifier. Although its excitation efficiency is lower than that of an EDFA, it is widely used because it has excellent features such as a wide amplification band, the ability to amplify an arbitrary wavelength range and low noise interference through the use of optical fiber as an amplification medium. Transmission of excitation light in the same direction as the optical signal is called forward pumping, whereas transmission in the opposite direction as the optical signal is called backward pumping. 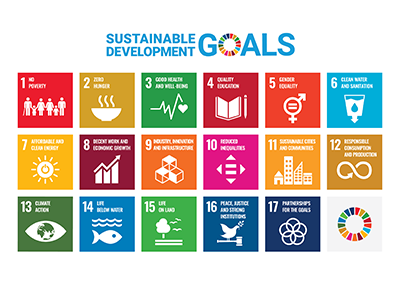